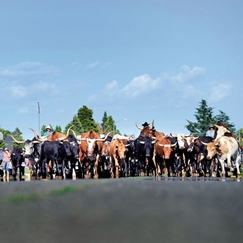 Professional rodeo is once again coming to Yuba-Sutter this Memorial Day weekend as the 82nd annual Marysville Stampede fast approaches.

The rodeo, presented by Cotton Rosser and the Flying U Rodeo Co., also features activities geared specifically for kids such as mutton bustin' and having the chance to dig for silver coins in the arena. There will also be a kids corral area with pony rides and face painting.

"It is one of the biggest community events we have each year," said Barbara Fincher of the Flying U Rodeo Company. "It is a great thing families can come to and enjoy."

She said Rosser, who has called Marysville home nearly 60 years, provides stock to rodeos in California, Nevada and Utah.

"He wants to have just as good of a show here as on the road," Fincher said.

The five days of festivities heads out of the chute at 5:30 p.m. Wednesday at Larry Geweke Ford in Yuba City with rodeo entertainment, food and fun. It is followed by an evening of rodeo trivia at 7:30 p.m. at CC Cellar & Sudz in Yuba City.

The longhorn cattle drive, set for 6 p.m. Thursday, has a new route this year.

The longhorn steers will be herded by cowboys on horseback as they move from Larry Geweke Ford, in the 800 block of East Onstott Road, before connecting up with Bridge Street at some point and heading east into Marysville across the Fifth Street Bridge, south on D Street and west on First Street before going up and over the levee into Beckwourth Riverfront Park to Cotton Rosser Arena.

Something else new this year (but not open to the public) is a kids rodeo on Friday. More than 900 first- through third-graders from five area schools will be bused to Cotton Rosser Arena and get the chance to experience a rodeo.

"A lot of these kids have probably never been to a rodeo," said Jackie Sillman, co-chair of Friends of the Marysville Stampede. "This will be two hours of jam-packed fun."

The sixth annual Sodbusters, set for 6 p.m. Friday in Beckwourth Riverfront Park, features dinner, drinks and dancing to Left of Centre, the house band at Toby Keith's I Love This Bar and Grill in Las Vegas.

Professional rodeo action is the biggest draw of the festival as spectators come to watch the roughly 150 participants.

Advance tickets can be purchased at several locations, including at Cotton's Cowboy Corral, 320 Fifth St. in Marysville, and online at marysvillestampede.com

For the first time ever, a cattle drive will cross the Fifth Street Bridge from Yuba City to Marysville, and it's all this Thursday.

"Cotton has been putting this event on for years out of his own pocket, and some community leaders have stepped up and are taking it over, which is a big reason why we were able to do the cattle drive," said Reno Rosser via telephone — he was busy producing the Helldorado Days Rodeo in Las Vegas last weekend.

The Flying U Rodeo, which also produced the Rowell Ranch Rodeo in Hayward last weekend, is busy this time of year, so handing it over to community leaders was a natural progression. Flying U produces about 50 rodeos per year, mostly in the western United States.

"Now it's bigger and better," said Rosser of the rodeo and new leadership, who formed a 50(c)(3) called Friends of the Marysville Stampede. This is the second year the committee has been in charge.

"There are so many big and very successful rodeos in the vicinity, and to bring that excitement into our community was a big part of expanding the Stampede," said Tina Williams, one of a handful of committee members and owner of Express Employment Professionals in Yuba City. 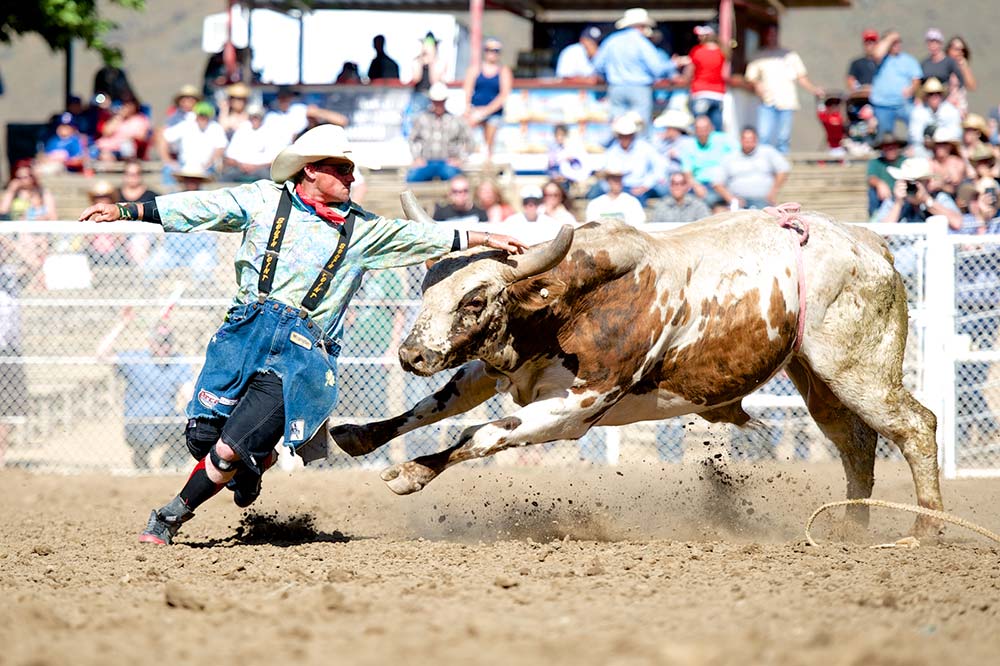 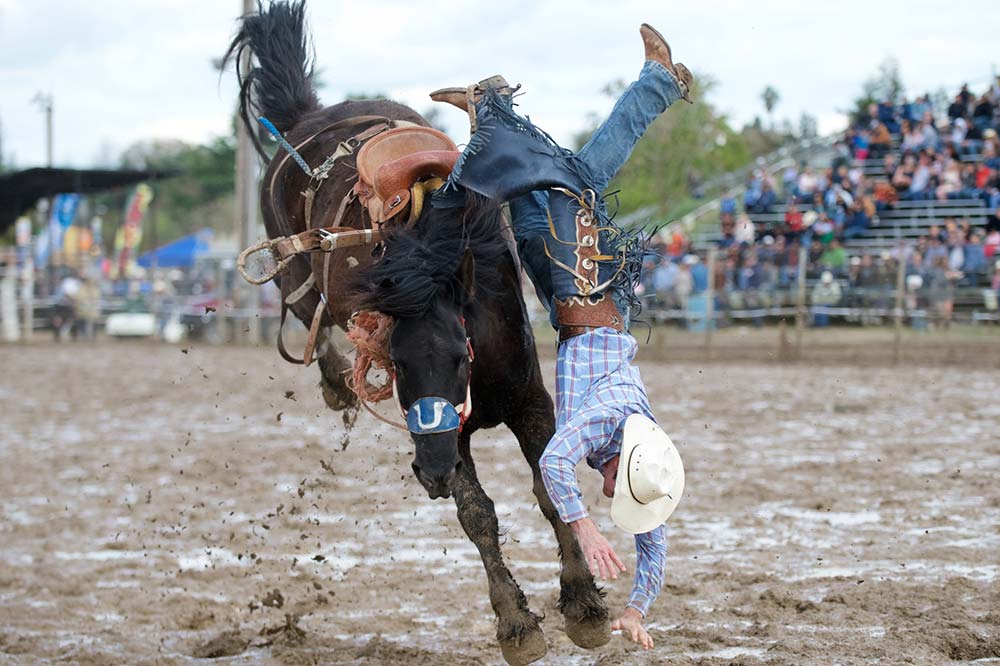 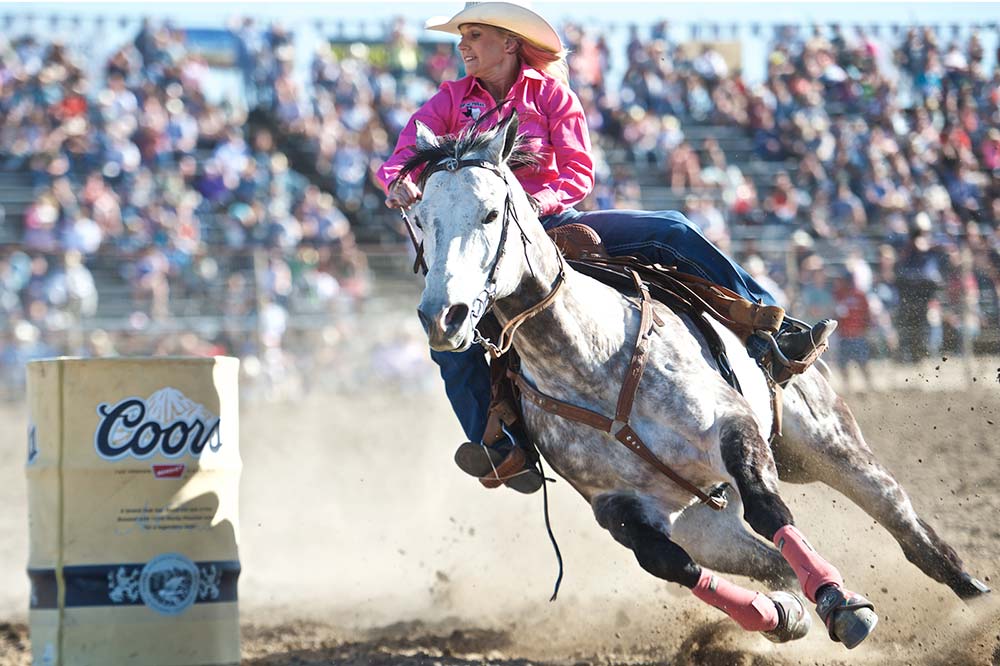 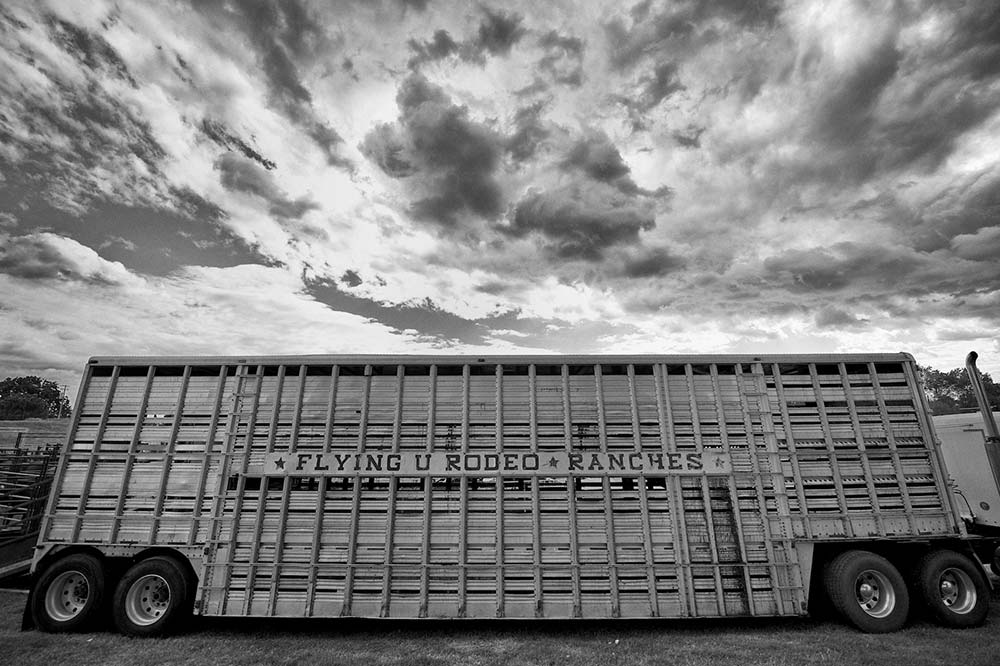 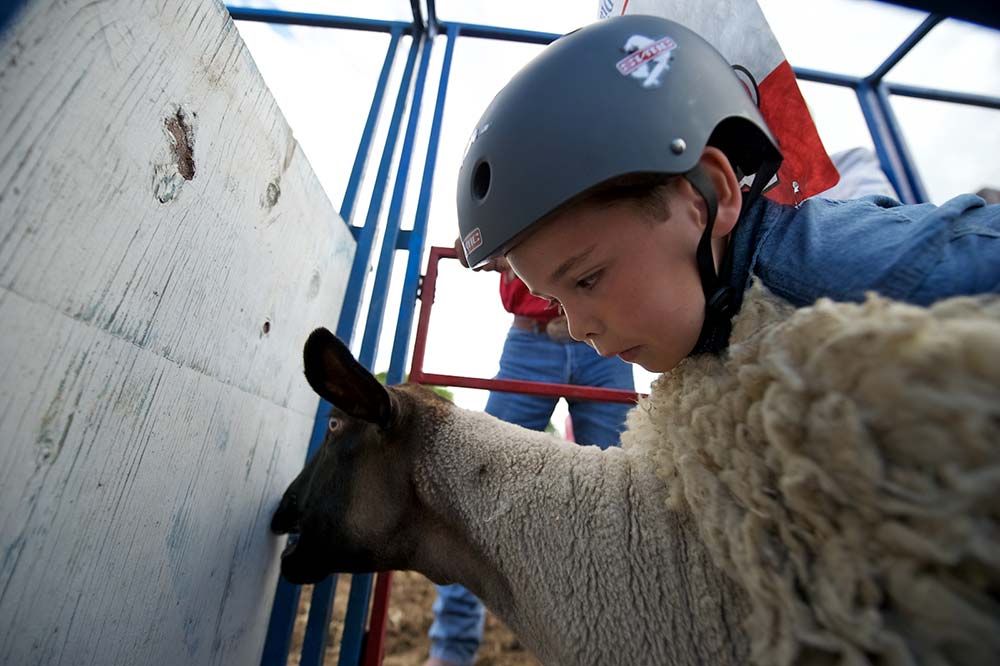 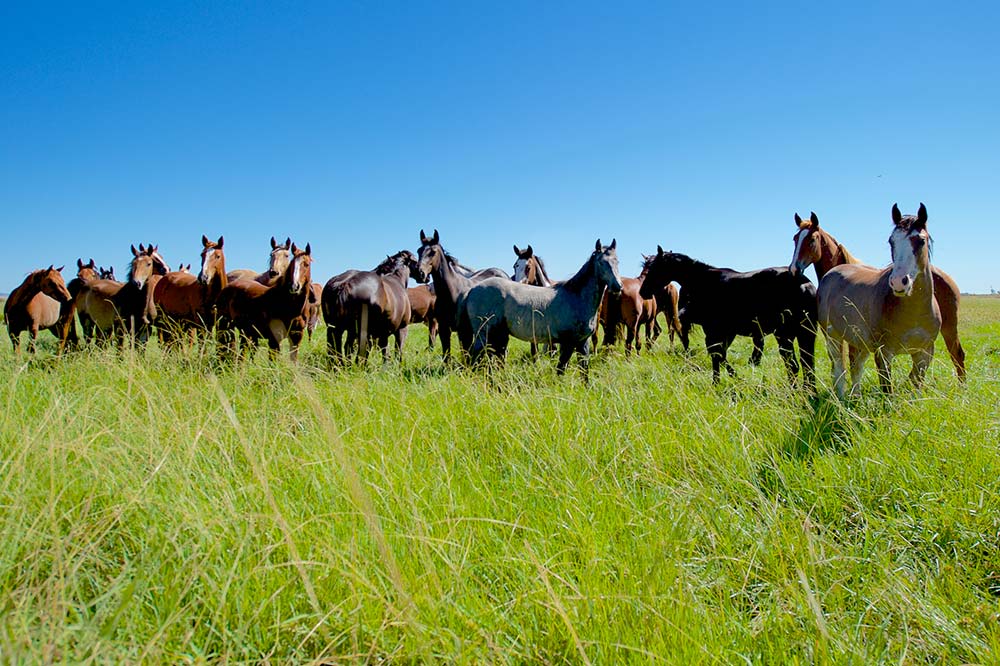 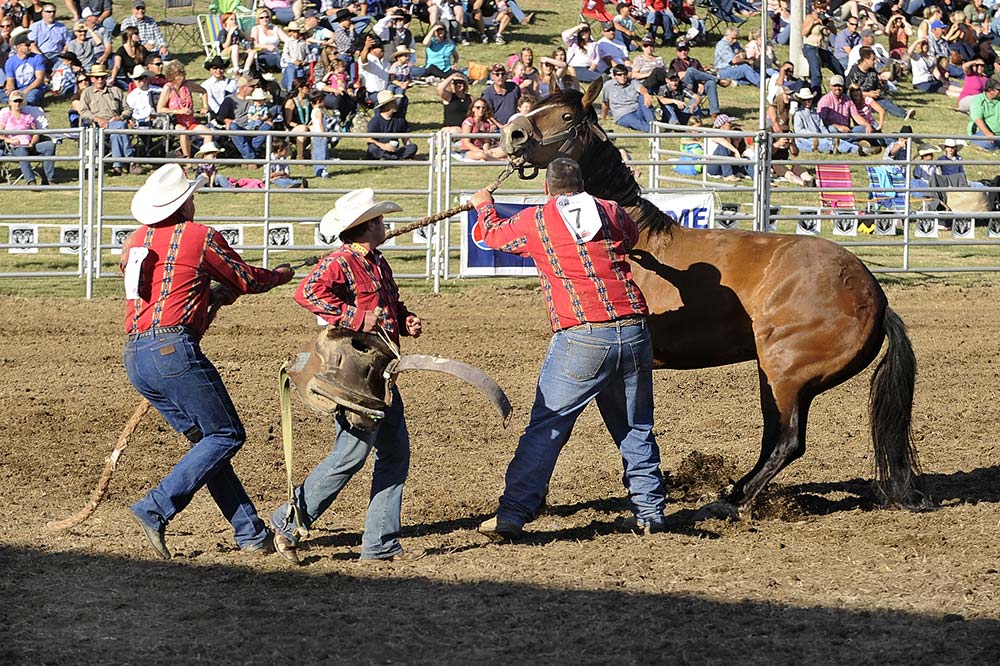 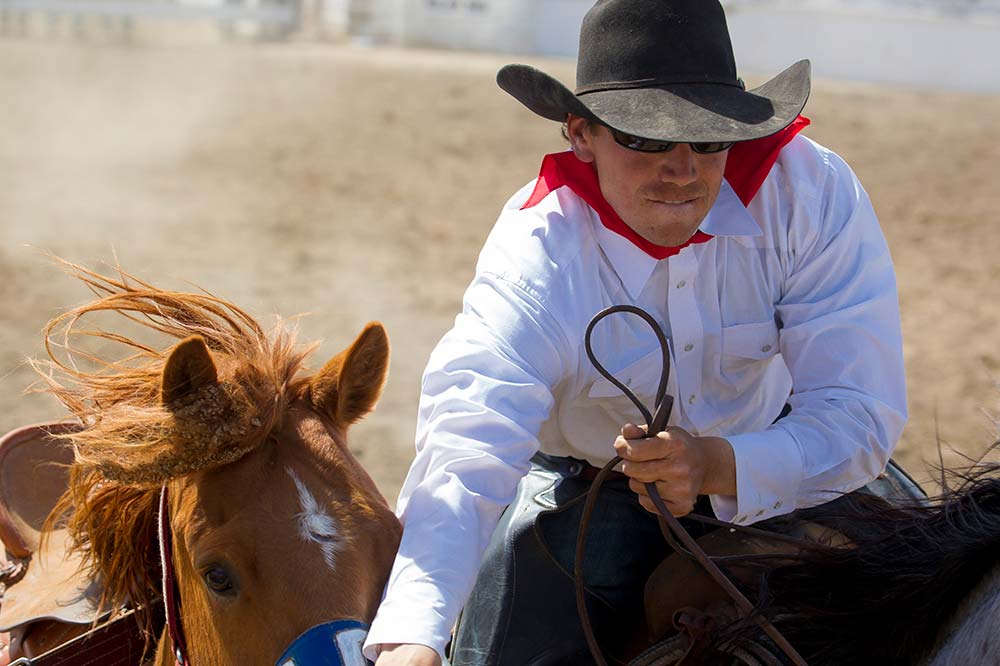 © 1956 - 2020 Copyright Flying U Rodeo. All Rights Reserved. All other trademarks, logos, names referenced herein are the property of their respective owners.